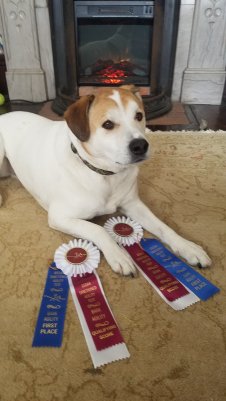 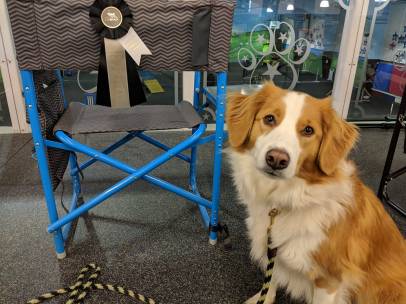 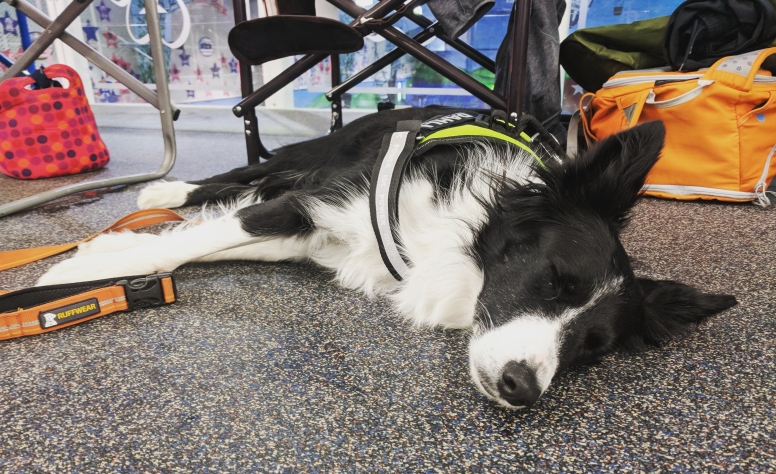 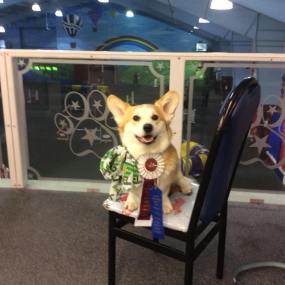 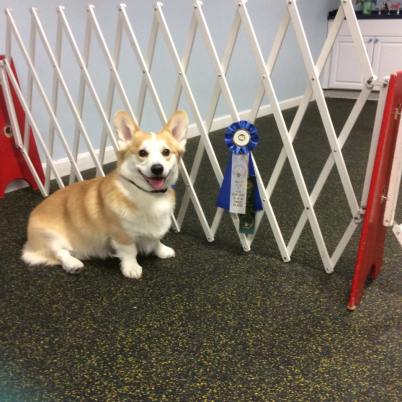 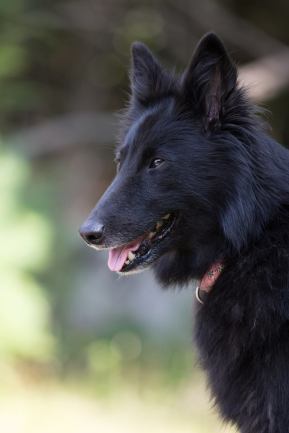 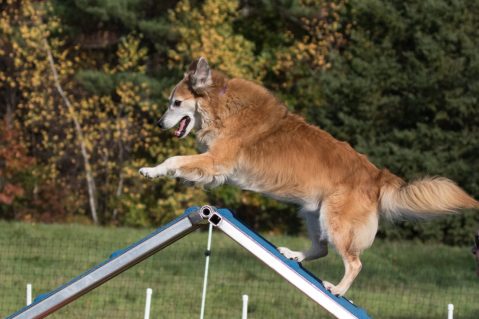 As we enter spring, we thought it might be fun to look back at the winter highlights of our many members who participate in CPE trials!

Cocheco Valley’s Penelope (AKA Penny) began training at the SPCA in June 2016 and joined the club in January 2017. They entered their first CPE trial in August 2017. Penny earned her Level 1 CPE title over Thanksgiving weekend in 2017 and since then has competed in a few trials earning enough Q’s to put her halfway through level 2 including a completed CTL-2F (level 2 fun games enthusiast title)! 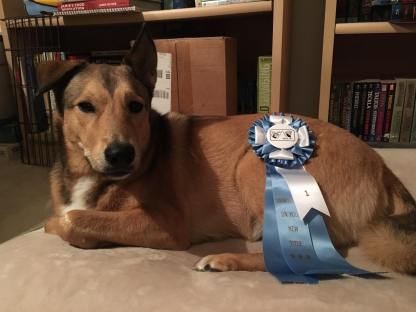 Dexter has had a busy winter! He earned his Level 3 C.P.E. Title on 12/9/17! Congratulations Dexter! 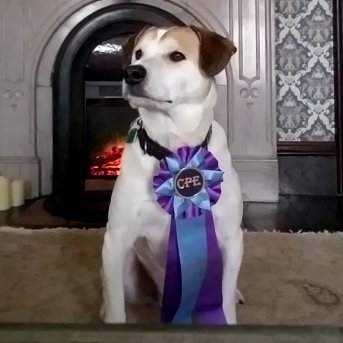 Poco spent the winter racking up Q’s in level 2 after getting his Level 1 title! On the left he can be seen with his title ribbon and on the right with  3 Q’s from a trial in January in Standard, Wildcard and Colors. His brother Zeb is working hard in level 3 and earned many Q’s this winter including this Q and first in colors! 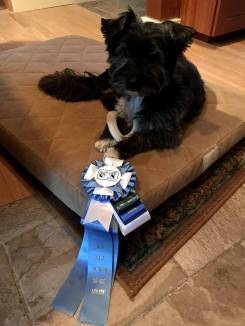 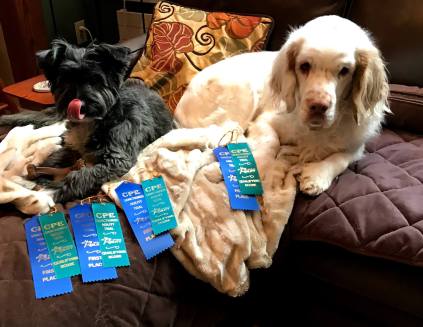 Pip started competing in CPE in the fall and has had a wonderful time playing in agility! Here’s Pip shooting out of a tunnel and with a L2 Jumpers 1st and Q from this winter! 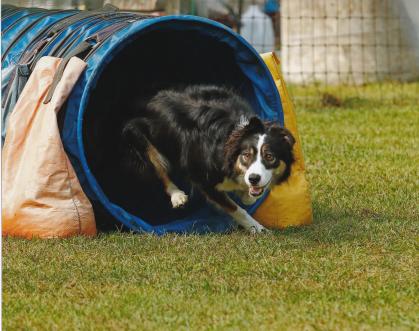 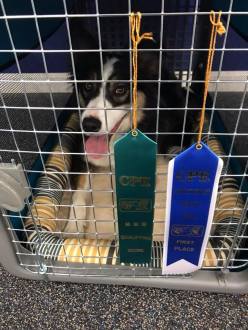 Izzy went 4-for-4 with Q’s and 1st places in January in a CPE trial. But the real highlight may have been “seeing great friends and older friends I hadn’t seen in a while” noted Nadine (club member and Izzy’s favorite person/handler/owner)! 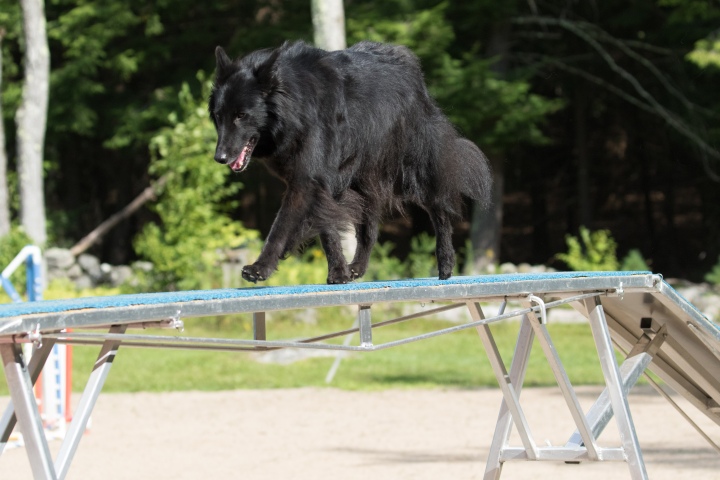 Izzy strutting her stuff on the dogwalk earlier in the fall at an agility camp!

NEAT members Amanda and Lauren spent some time at the USDAA Trial at All Dogs Gym in Manchester, NH on February 23 and 25.

Amanda and Norm had a wonderful time at their second USDAA trial and earned two firsts and a Q in P1 Jumpers! He spent some time posing with Amanda after the trial and said wow that jump is way too high for me! 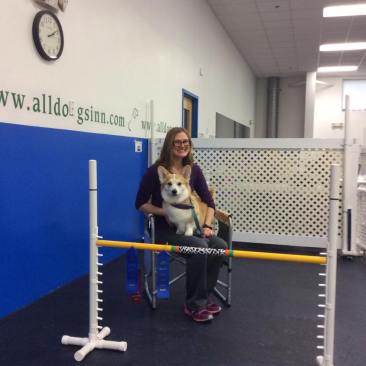 Amanda and Norm celebrating after a fun day!

Lauren’s dog Dahli earned 3 Q’s in Intro including one in Snooker completing their Intro Snooker title. On Sunday they moved up to P1 and earned Q’s in Jumpers, Gamblers and Snooker – you can see a cool video of their gamble and snooker run on instagram (follow Dahli at @dahlithebc). 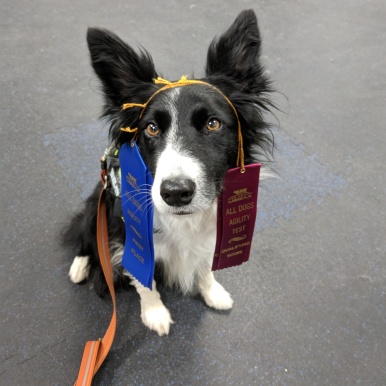 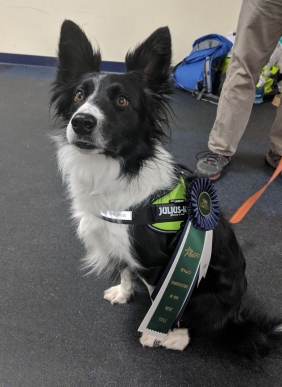